Eid al-Adha falls under Dhu al-Hijjah, which is the twelfth month of the Islamic calendar, and it is considered to be a particularly sacred month in the year.

Muslims celebrate Eid al-Adha on the tenth day of the month, which changes each year. This year Eid al-Adha will take place on Monday 12 August, although this could change slightly as it is based on the sighting of the moon of Dhul Hijjah. Eid al-Adha is also known as the Feast of Sacrifice.

Muslims usually pray on Eid al-Adha at any time once the sun has completely risen, but before the Dhuhr prayer at noon. Similarly to Edi al-Fitr it also includes greeting each other by saying Eid Mubarak, as well as exchanging gifts and sharing food.

During the festival people usually distribute meat and chant the takbir before and after Eid prayers across the three days of celebrations. Often Muslims sacrifice their best halal animals to reflect the sacrifice of Abraham, and the meat is then dvided into three parts – for their family, for relatives and friends, and for the poor and needy. 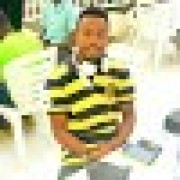 Dirtiness is not part of Islam - Amir, Street Dawah Nigeria

SAW: Moments he didn’t want to eat Aisha’s meal (R.A) this is what he does

‘How do you observe Ramadan fast in Space?’ and other questions